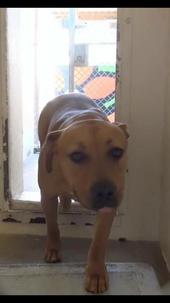 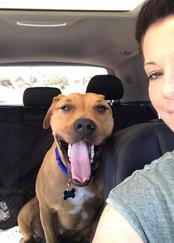 A love story about a little black dog... from Double N Jenn on Vimeo. 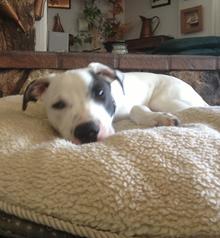 A Big Story about a Little Dog from Double N Jenn on Vimeo.

We truly cannot do this without your support.

Our promise is the funds that you donate, will go to saving more dogs. In 2014, our Founder flew to Georgia to save "Frannie" from a life on a chain & a life of being used as a breeder for fighting dogs. Frannie was seized along with 5 other dogs. Her 30lb small stature, was most likely her trait that dogfighters looked for and then cruelly, blunted and filed her teeth down so that she could be bred with aggressive males. Frannie could have had a horrific fate.  We drove her down to Florida from Atlanta. As of August 2014, Frannie is in her forever home in Southern California. We had her transported from Florida to California.  We did not ask for contributions for this particular rescue, but cannot do future saves like this without your support.

Please consider being part of the solution & giving these dogs like Frannie, a chance they never would have had...

Update: Dexter Elliot's Story...  Little Dexter Elliot was adopted !   A big story about a little dog. His family needed him as much as he needed them.  The Mom of the family is suffering from two, terminal & inoperable brain tumors. The tumors have attacked her immune system, causing seizures, Crones Disease and gives her severe migraines on a daily basis. The husband and two boys have not had it easy either, seeing their wife / Mother deteriorate, despite her amazingly brave nature.  The Saving Slim Foundation created a fund to give them some joy during such a difficult time. See the heart warming video that tells their story...and how they needed each other.

We take great pride in doing rescue to the best of our ability. Hence we are very small in the numbers of animals we take in. However we take our time and do it right.  To date we have rescued close to 100 dogs - pit bulls and pit bull mixes. We also help animals in need such as building enclosures, spay neuters, micro-chipping and vaccinations at times.

Meet our most recent recruit, "Jude"... Jude was an urgent rescue  on 09/27/17 from Carson Animal Shelter because he had been there over 60+ days and it was his second incarceration there. We lucked out with him. He is an excellent dog and will make someone a very nice companion animal or working dog.

Your donations are 100% tax deductible.

We are a 501c(3) non profit organization. It is our upmost promise that all of your donation will go to a rescue dog in need. If it is not the current dog such as Jude, it will be the next one that we rescue. We never know upfront, what the costs will be to rescue each animal, so it is nice to have a bit of a buffer in the bank to help offset the costs. 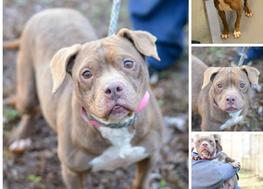