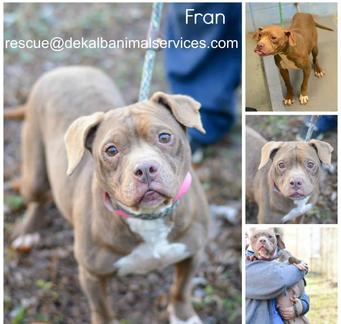 Frannie with her new Mom 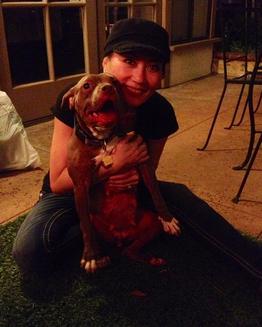 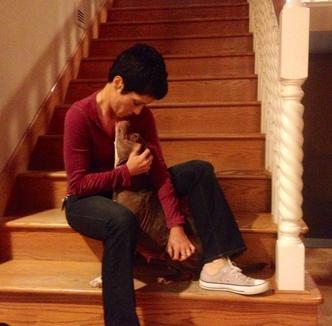 ADOPTED !   Frannie now lives in Orange County, CA.  Heart worm free !  Frannie is an approximately 3 or 4 year old spayed Female, American Pit Bull Terrier Mix.  Saying she is uniquely tiny is an understatement, weighing only 30lbs and very compact.  She was part of a cruelty case of suspected dog fighting in the Atlanta Georgia area. There were six dogs seized and no one was showing any interest in her. Rescues did not want to take her on, as she was positive for Heartworm, which was not her fault.   We believe she was used as a breeder for her small size, which heinous dog fighters sometimes do, breed  an aggressive male with a small female to meet the weight classes.  Sadly, they filed and blunted  all of her teeth, again so she could be on the rape stand whilst being bred to an aggressive male and not be able to protect herself. Life turned around for her on January 6th, when we flew out to rescue her and drive her down to Jacksonville, FL where she was being fostered. She is beyond sweet and loving and just desperately wanted a family or person to call her own. She went from Georgia to Florida to Southern California, where she will live with her big brother Bleu;  in comfort & love. She will have her meals specially cooked for her every day ! Frannie is one lucky and special girl. This was a dream come true for  her ... and us !
---------------------------------------------------------------------------------------
Little Frannie ( below)  - ADOPTED !    08-05-2014
Frannie couldn't have landed in a better home...from Atlanta, GA to Florida to Southern California ! 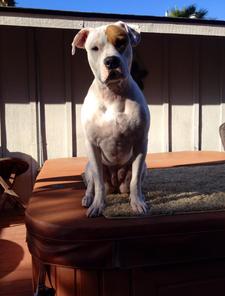 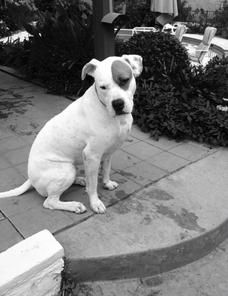 DELILAH IS JUST A DELIGHT,   A SILLY, BEAUTIFUL, 3 YR OLD, SPAYED FEM, AMERICAN BULLDOG, PIT BULL MIX.  SHE WAS RESCUED AT THE VERY LAST HOUR FROM A HIGH KILL SHELTER IN LOS ANGELES, WHERE SHE HAD BEEN HELD AS EVIDENCE FOR AN ANIMAL CRUELTY CASE (STARVATION & NEGLECT).   DELILAH IS A VERY SPECIAL GIRL THAT HAS STOLEN OUR HEARTS. SHE STAYED WITH US ! 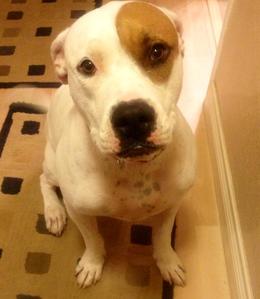 River now " ROXY" found her family and went to a fabulous forever home !

She was deemed Unadoptable at the Hesperia Animal shelter, look at her now !

River is a very small, compact little girl weighing only 45 lbs, but you'd think she was 30lbs. She is small. River loves people and is excited when anyone walks by... she seems to love kids as well. She does not jump on you, she walks perfectly on a leash, she is not a barker, she rides perfectly in a car and would make a really nice companion for someone. While we have not tested her with other animals yet, we believe that she would be good with another dog, but maybe not so with cats. 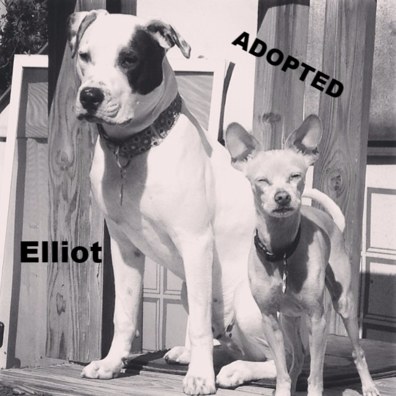 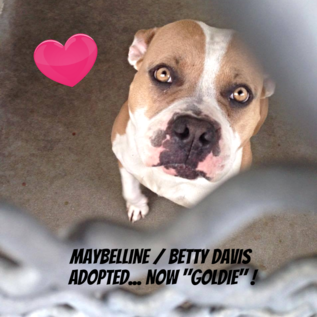 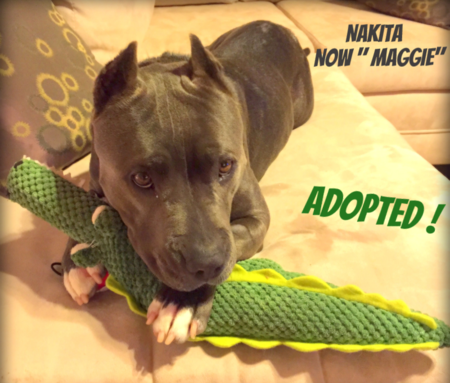 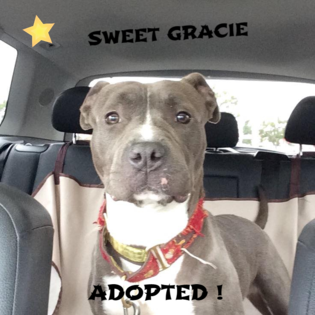 Now for the best part... dogs in their forever homes... 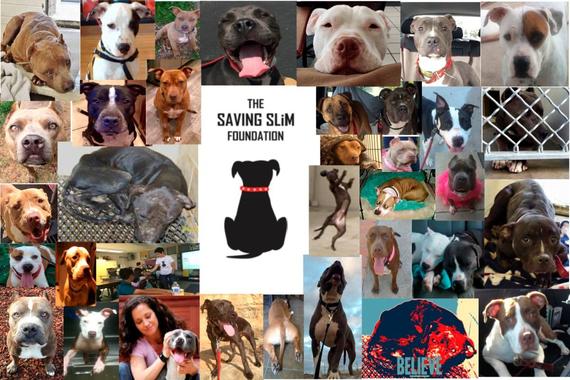 This webpage is still under construction ! Many more updates to come.  Will update soon ! 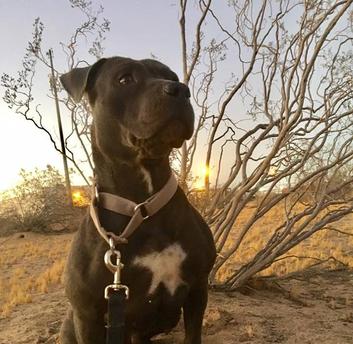 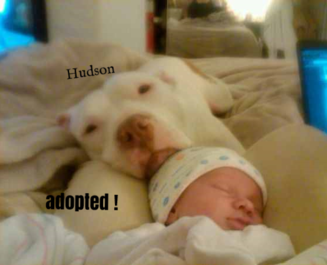 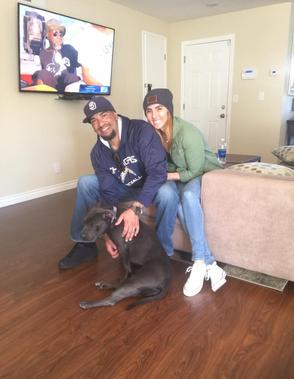 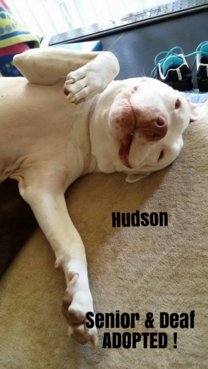 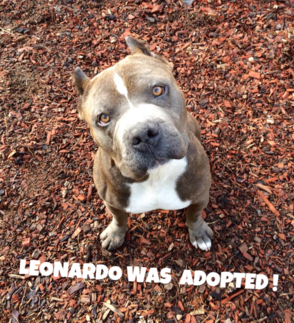 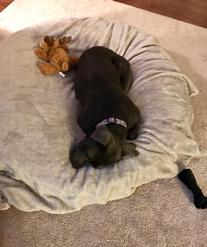 This webpage is still under construction !
Many more updates to be loaded just not enough time in the day to get everything done... will load up soon !  Thanks !

All three of the above dogs were from a high kill shelter in Los Angeles.  All three of these dogs have turned out to be amazing family dogs !  It never ceases to amaze us how different these dogs are, once outside of a shelter environment, given love, stability & structure. 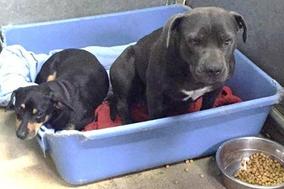 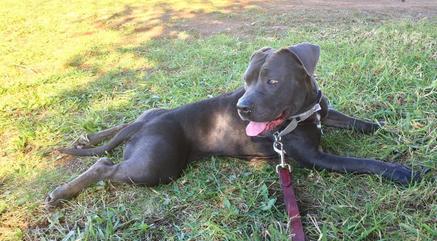